When you start putting together a blog like this one, the urge to start with some hackneyed phrase about ‘communication being the bedrock of any business’ is overwhelming. You know it to be true, it’s a pretty safe assumption that most business leaders know it to be true. So why then, this irresistible impulse to reiterate one of business’ most accepted truths?

The answer is fairly straightforward. People forget. Amidst the frenzy of day-to-day business operations; cutting costs, closing deals, buying stock, processing wages, maintaining customer service – how we communicate with each other has a tendency to become neglected.

It is with in mind, we’re going to look at three bad practices that can easily slip in, and how to avoid them.

When an important message needs to be conveyed to a workforce, a send-to-all email, or SMS text is often the quickest way of doing it. In routine cases (remember to fill in time-sheets, stop parking in the CEO’s bay, vaping at your desk isn’t allowed etc), it’s also probably the best way. However, where the message is a little more complex, such correspondence is as inappropriate as it is over-used.

What’s vital to remember, is that not only will your workforce have different learning styles, they’ll also be at different levels of experience and development. Significant changes to business processes need to be communicated differently. In education, they call it differentiation, and lack of it in lesson-planning can have schools on the wrong end of an OFSTED dressing down.

The workplace isn’t much different from a school. Take the time to communicate key messages differently to different groups within your workforce. Doing so will save triple the time clearing up errors and misunderstandings afterwards.

It’s a mistake that also crops up when communicating with customers. Often, companies don’t take the time to study the demographics of their customer base. This blind-spot is then reflected in their communication output. Details of offers and promotions are hammered mainly on social media, despite half the customer base being over 50 and having scant social media presence. Advertisements are printed in publications that will do it for the least cost, instead of paying extra to put them in the publications their customer base are more likely to read.

These seem like elementary errors, but they happen. It’s a misuse of time and money. We can’t stress this enough; find out who your customers are, and tailor communications that will hit each demographic group.

2. Misunderstanding the importance of tone

You wouldn’t break it to a child that their goldfish has died by saying, ‘Put your hands up if you have a pet goldfish that’s alive…OK buddy, put your hand down.’ The key message has been conveyed to the child, but it’s been framed in a way that pretty much guarantees they’ll resent you for as long as they live. Fair enough, it’s an extreme example, but it shows how vital it is to get tone right.

If communication is the end product the machine creates, tone is the lubrication that eases its passage. Without it, you’ll have your end product, but expect defects.

‘Tone-of-voice’ has become something of a staple in modern marketing strategies. Companies have learnt that the language they use, can have a profound effect on how customers respond. Manufacturers of fidget spinners, for example, can market their products using a more playful tone-of-voice than manufacturers of antibiotics.

Tone though, isn’t just restricted to content strategy and output. It’s how a line manager speaks to a member of junior staff, having returned from a ruinous appraisal. It’s how a CEO relays to the workforce that they’re being out-stripped by every one of their competitors. It’s sharing memes of Kim Jong-Un on Twitter when nuclear tensions are at their highest.

In short, tone is about emotional intelligence. Knowing what, how, when, and even if to share communications. It’s not just that getting it right can be so powerful, it’s that getting it wrong can be so damaging. If in doubt, before a word is typed or spoken, remember the old adage; “It’s not what you say, it’s the way that you say it.”

3. Forgetting that communication is as much about listening

This has become more apparent with the advent of social media. Companies have become so preoccupied with how to attract more customers across the various platforms, many have forgotten to listen to what their customers actually want.

It’s unfair to dump all the blame on social media though. General technological advancements have meant we can be more inventive with how to create, and how to distribute content. The upshot of this has been, more resources are now invested in how to build and communicate the most innovative messages, and not on discovering both their potential, and subsequent impact.

Indeed, it’s a tricky one. Customers are notoriously reluctant to offer feedback via online surveys, automated texts, or emails. Even less so when they’re asked to substantiate their responses.

There is another way though, and it involves channelling your inner detective. With most people developing an ever-deeper digital footprint, the job of learning more about their interests and behaviours has become more transparent. Your pursuit becomes less about listening, and more about observing. What Facebook pages do they like? What accounts do they retweet from? What celebs do they follow on Instagram? Sounds painstaking, but you don’t need to spend a long time doing it, and you only need to take a reasonable sample. But it could help you build a more thorough picture of your customer base, and allow you to create something that really resonates.

The act of listening is much easier when it comes to your workforce, because (hopefully) you’re dealing with fewer people. You’ll also have a much closer relationship with them than with your customers. Yet companies still manage to get it wrong.

Allow me to illustrate with a personal example. In another life, I worked for a large American company with offices throughout the UK. I’d finally made it onto the much-coveted ‘Elite Club’ following a month of strong sales, and was rewarded with a day out of the office doing something ‘fun’. The day involved me stretching into a distinctly unflattering wetsuit before spending hours kayaking down a freezing cold river in North Wales. It was followed by being handed a stale baguette, stuffed with processed cheese in a pub the Kray twins would’ve thought twice before entering. At no point during the day did anyone look like they were having a good time. Such was my frustration that this was my ‘reward’ for generating thousands in additional income for my branch, I communicated my dismay to the Manager that accompanied us. “Hmm,” he pondered, “We should probably ask trainees what they’d like to do on these days.”

“Yes,” I said, very much out of earshot, “You probably should.”

The company in question I later learned, had a disproportionately poor staff retention rate. One couldn’t help but wonder if their inability/refusal to listen to what staff wanted or thought, played a part in that.

Easy to forget, and easily catastrophic if you forget it, good communication really is the foundation of any successful organisation. If communication is becoming something of a worry for your business, and you’re unsure how to get things back on track, consider bringing in communication experts. The cost of doing so will soon be dwarfed by the results.

2021, what a year! There were highs, there were lows – but always lots to talk about. We’ve created a short montage of our year.

When you start putting together a blog like this one, the urge to start with some hackneyed phrase about ‘communication being the bedrock of any 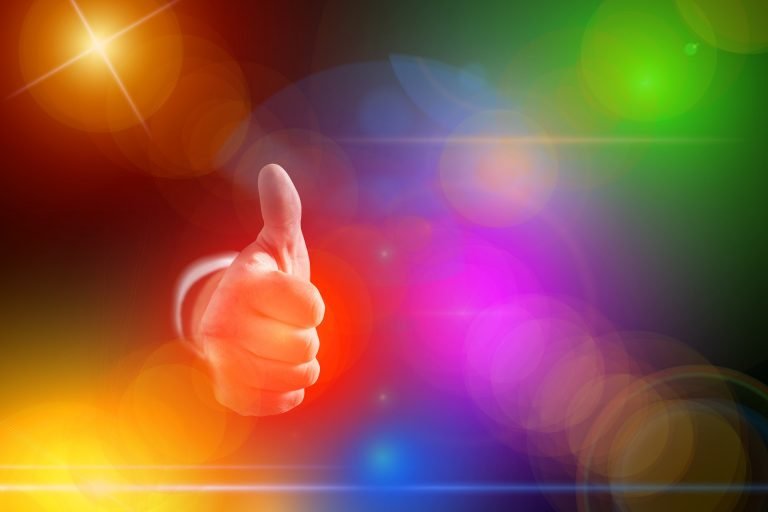 The evolution of internal comms is one of the more heartening aspects of the contemporary business story. Disappearing are the days of PCs smothered by